While I usually stream on Twitch, I have recently been doing streams in Reactadelphia’s Discord server. The idea of interacting with viewers via voice chat was quite appealing; however, the downside is that it lacks the visibility of Twitch — folks not in your Discord server can’t join in on the fun.

After chatting with Kurt Kemple and Trevor Blades (coincidentally, using Discord’s voice capabilities) during the recent GraphQL Summit, I thought it be nice if we could mix the visibility of one service with the immediacy of the other.

The TL;DR of the solution I came up with was to pipe Discord’s audio into my streaming software, along with my mic audio. Of course, my setup also had a self imposed complication — I wanted to listen to Spotify while streaming, but not broadcast it since I do not have the rights.

It took some experimentation, but here’s the general setup I landed on:

Since I want to split Spotfiy and Discord audio up, I can’t simply use iShowU to capture and output all my audio wholesale. To do this, I had to: 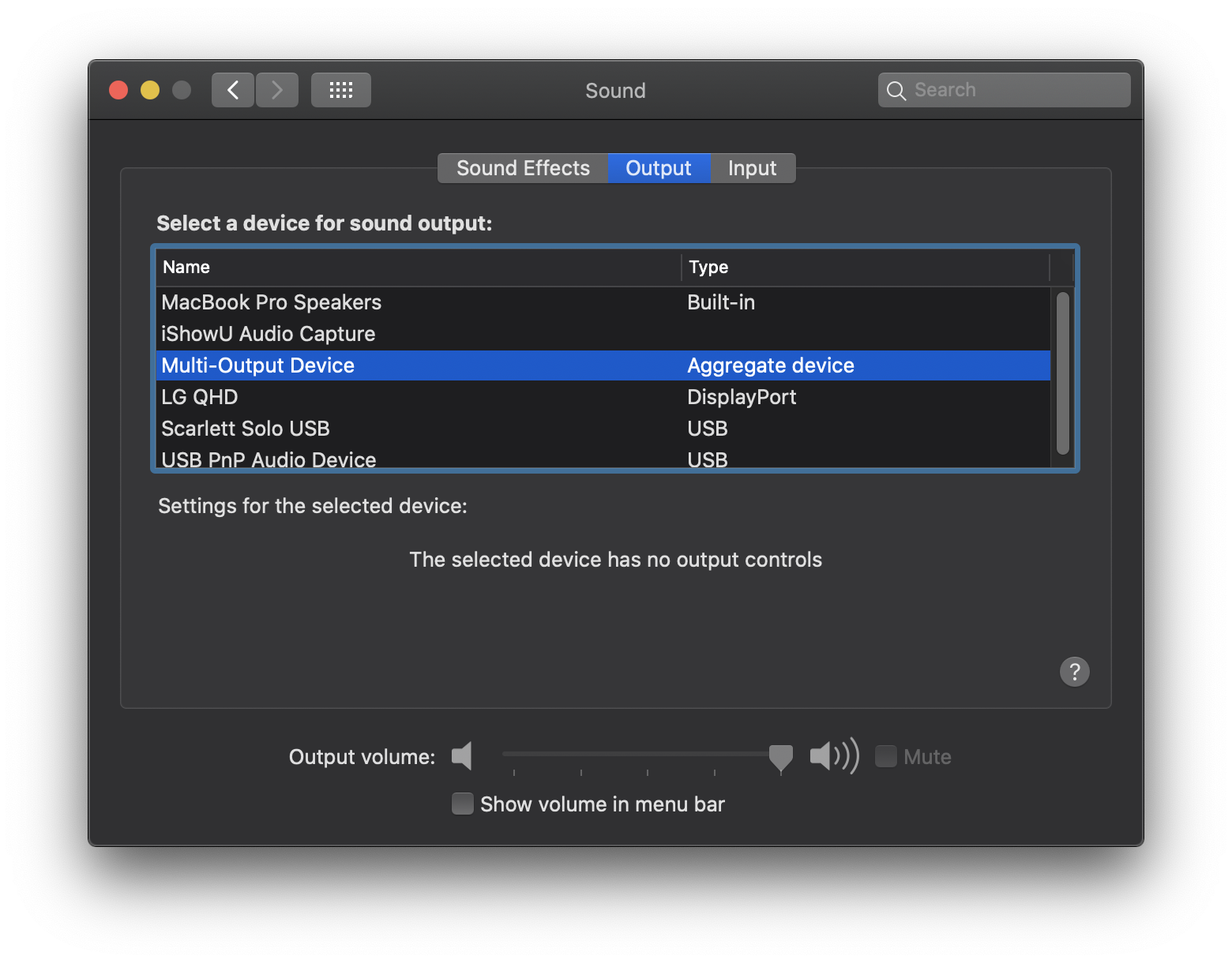 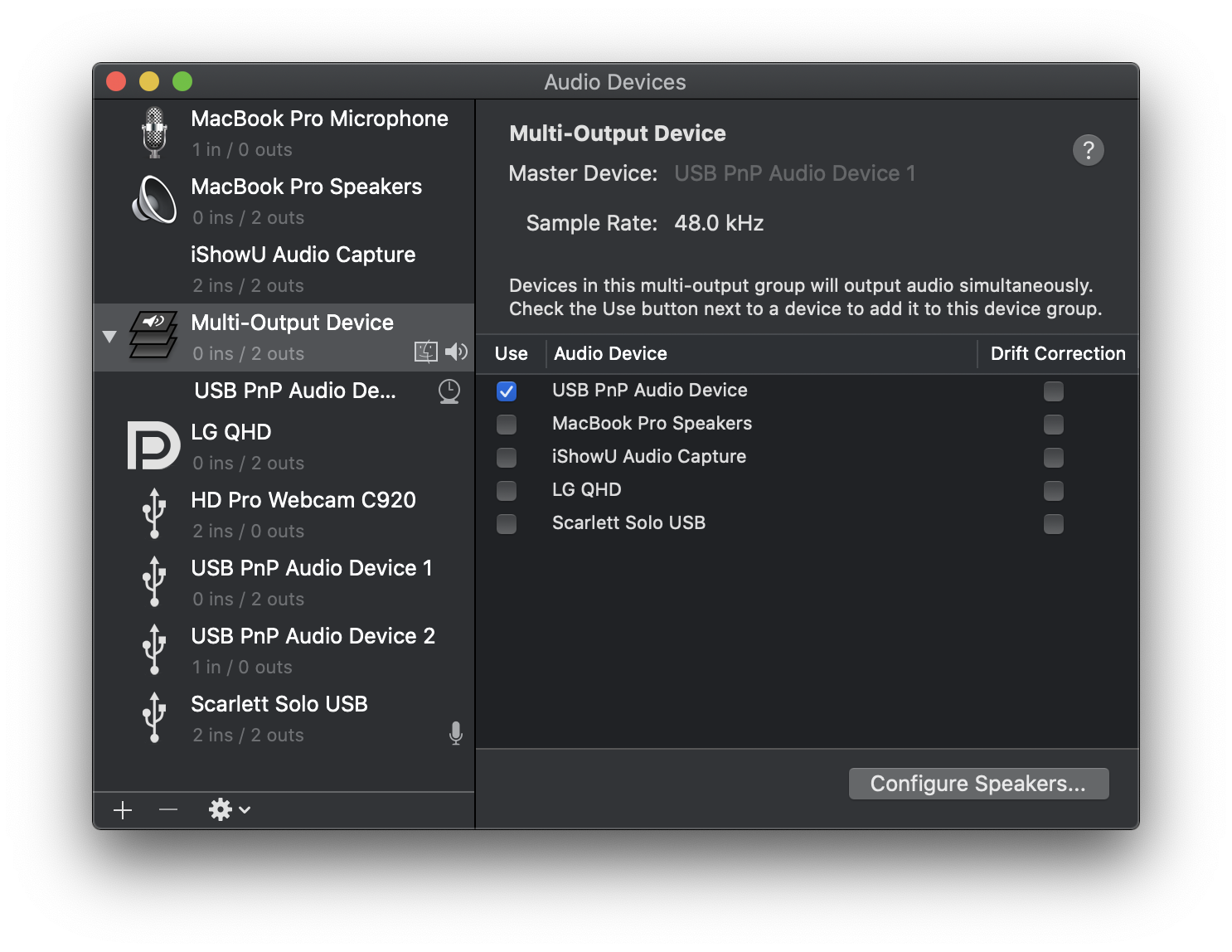 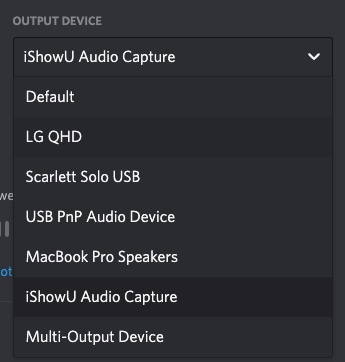 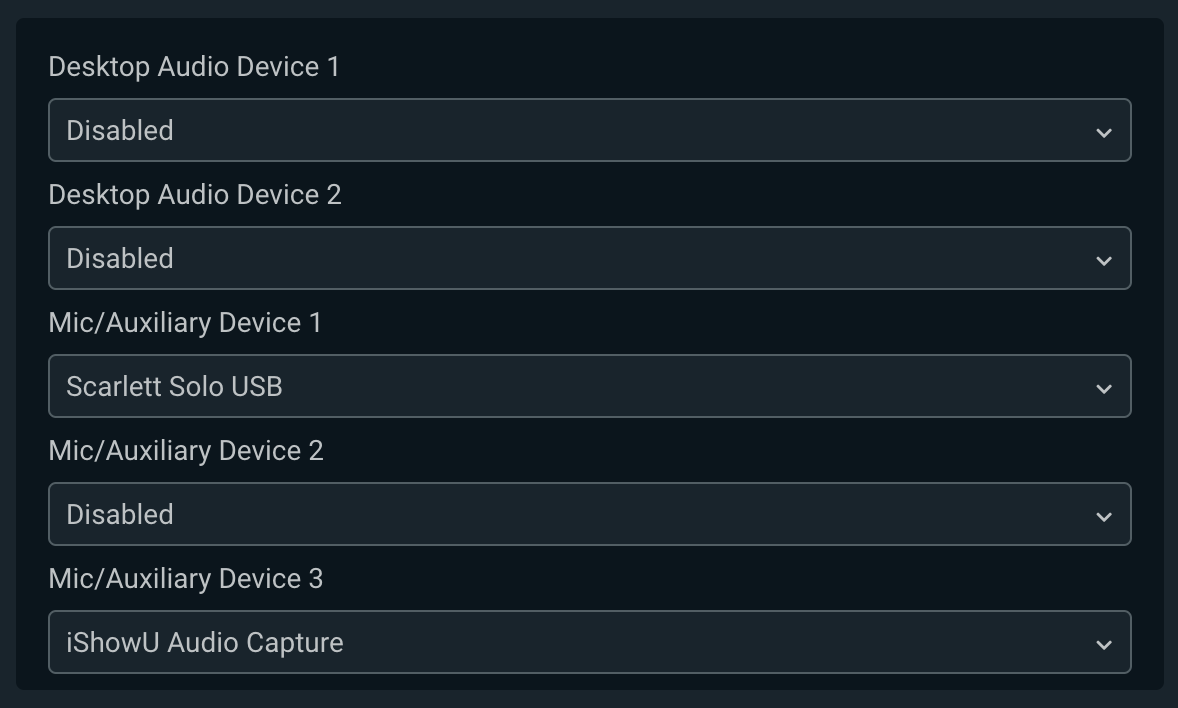 Now, you’ll only receive the two audio signals you want in Streamlabs (mic and desktop) while still being able to listen to copyrighted on Spotify without risking its transmission.